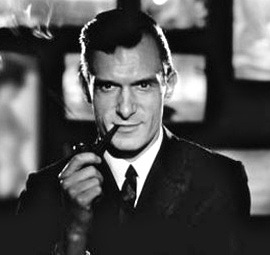 There is no periodical today either in hard-copy form or ‘new media’ that is the equivalent to what Playboy was in the 1950’s to early 1970’s. In its heyday, Playboy contained some of the best contemporary writing of the mid-twentieth century, and was read by every man who wanted to stay au courant in the world of gentlemanly pleasures.

This of course included the top men of motorsport. 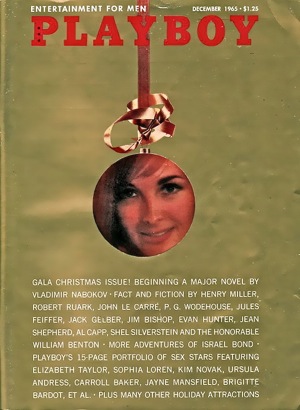 I was leafing through the December 1965 issue that I recently acquired, and from the Dear Playboy section, it became apparent that the September ’65 issue had contained an essay entitled Bye-Bye Stick Shift in praise of the automatic transmission, written by the eminent automotive writer Ken Purdy. 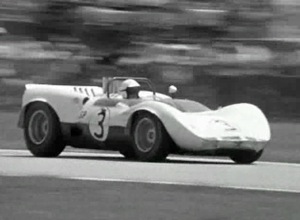 Chaparral 2A, driven by Jim Hall and Hap Sharp. First Overall at the 12 Hours of Sebring, March 1965

Such transmissions were a hot topic of discussion since earlier that year an automatic transmission equipped Chaparral 2A had won at Sebring.

Letters printed in the December issue in response to the article were from none other than Bruce McLaren, founder of McLaren Motor Racing, Ltd., driver Augie Pabst (4th at Le Mans, 1961), and David Brown, Chairman of Aston Martin Lagonda, Ltd. 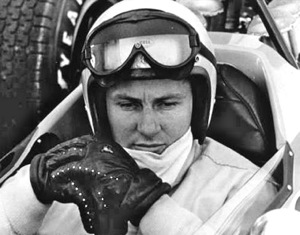 Bruce (who was experimenting with an automatic gearbox McLaren-Elva at the time) saw a bright future for the automatic transmission in competition, and revealed that his own personal road car was an automatic-equipped Ford Zodiac.

Augie praised the Chaparral gearbox in particular and David Brown saw a bright future for the automatic box in racing; less so for street use, where he predicted an ‘automated’ gearbox (sans clutch pedal) would be more appropriate. This of course is the essence of today’s paddle-shifted sequential and twin-clutch transmissions. 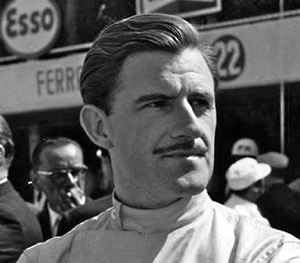 If that were not enough, there were also letters reacting to an earlier article about motor racing. These were received from Joakim Bonnier (1st, Dutch Grand Prix 1959, 1st, Targa Florio 1960 and 1963), Piero Taruffi (1st, Mille Miglia 1957) and Graham Hill (World Champion, 1962).

Bear in mind that in the age long before e-mail, texting and twitter, these men actually had to sit down, write, type (or dictate) and post these letters.

I can’t think of a general interest men’s publication today that would generate correspondence from the likes of Gordon Murray, Luca di Montezemolo or Jensen Button, much less all of them in a single month.

3 thoughts on “When Reading Playboy was de rigueur”