A number of auto manufactures found it desirable to infuse their products with a bit of this Jet Age glamour and Space Age allure.

Oldsmobile in particular took to likening their products to the imagery of the space age. This began with the Rocket 88 of 1949, powered by their new Rocket V8. Later came the Starfire, Jetfire, Jetstar 88 and Jetstar I, some of which could be had with a Jetaway automatic gearbox. In 1965, the Oldsmobile logo itself was updated to a stylized rocket on a field of red.

The Olds Jetstars shared their name with the Lockheed L-329 JetStar, well known to James Bond aficionados as the preferred aircraft of metallurgist, businessman and SMERSH treasurer Auric Goldfinger.

Simultaneous with the debut of the original Oldsmobile Rocket 88 was the launch of the Studebaker Starlight Coupe, later to be joined by the Starliner. 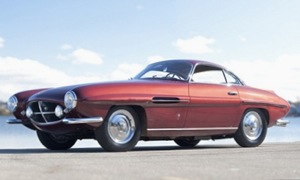 Not to be outdone by their Milanese rival, Carrozzeria Ghia built a series of Supersonic models, fitting them to Fiat 8V, Jaguar XK 120 and Aston Martin DB2/4 chassis. 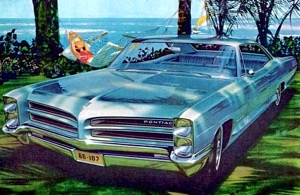 Blending an outer space theme with their traditional frontier iconography centered around Chief Pontiac, Pontiac introduced the Star Chief in 1954.

For 1959, Ford launched the Galaxie as their new top-range model and a year later picked up the Starliner name that was discarded by Studebaker for a special version of the 1960-1961 Galaxie. The Galaxie Starliner featured special slim C-pillars and a large wrap-around rear window. Like the Olds Jetstar, this Ford shared its name with a Lockheed aircraft, in this case the L-1649A Starliner.

In keeping with the astronomical vein of the space theme, Mercury offered the Meteor and Comet. 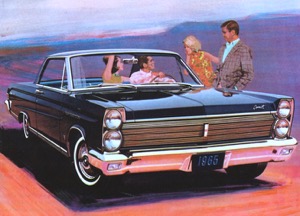 The Comet was a variation of the Ford Falcon originally conceived as a second model for the Edsel line. When that division was eliminated, the Comet was handed to Mercury. 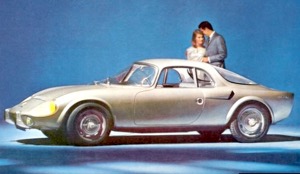 In 1962, the world’s first series-production mid-engine sports car was launched; the Bonnet Djet coupé. This was offered alongside the Bonnet Missile cabriolet. Matra took control of Bonnet in 1964 and continued to produce the Djet through 1967.

Plymouth introduced the Satellite nameplate on their top-range mid-size cars in 1965.

In 1967 Toyo Kogyo introduced the rotary-powered Mazda Comso Sport; the name a shortened version of Cosmos.

The world of horology was similarly infatuated with space. In the 1960’s watchmakers offered the Breitling Cosmonaute, the Bulova Astronaut and Spaceview, the Hamilton Titan III and Sputnik, the Zodiac Spacetronic and a holy grail among Rolex collectors: the extremely rare Space-Dweller. The Breitling Cosmonaute, with its distinctive 24-hour movement and dial, is still in production. 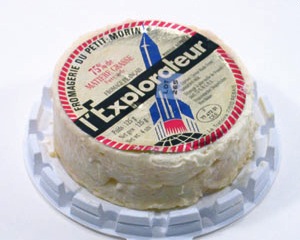 A disc of l’Explorateur with its distinctive label depicting an in-flight rocketship.

Another space age icon that remains available to today’s consumers is a tasty one. Introduced in 1958, l’Explorateur was one of the first certified triple-cream cheeses in France and has been referred to as the aristocrat of triple-creams. The new cheese was christened l’Explorateur in honour of Explorer I, the first satellite launched into space by the Western powers. The launch of the U.S. craft in January of ’58, following two Russian Sputnik launches, marked the dawn of the Space Race.

L’Explorateur is delectably rich (75% butterfat) and is at its best served with a dry, acidic, artisanal (RM Code) Champagne. Naming a cheese after a satellite orbiting in space might seem peculiar until one remembers the old proverb that the moon is made of green cheese.

5 thoughts on “Flights of Fancy: The Space-Focused Nomenclature of the Jet Age”