By 1966, the Suave Sixties were slowly morphing into the Swinging Sixties. Currents of change were coursing through the worlds of design, fashion, music and entertainment. It was to be the last full year of the classic sixties before profound mutations would transform the closing years of the decade.

1966 was a particularly fertile year for the Italian auto industry. The colourful and stylish Gianni Agnelli assumed control of the Fiat empire, commuting to corporate headquarters in his Ferrari 365 P Berlinetta Speciale.

The first new Fiat released under his reign was the 124 Berlina, an up-to-date affordable family car with all-coil suspension, 4-wheel disc brakes, roomy interior and generous luggage capacity. The car was highly praised by the motoring press and in 1967 enjoyed an unprecedentedly large margin of victory in the Car Of The Year sweepstakes.

Fiat’s other new entrant was the Dino Spider. The first of a trio of road cars to be powered by the Ferrari-developed Dino 4-Cam 65˚ V6, the Spider located the 2.0-litre engine up front with drive passing through a 5-speed gearbox to the rear wheels. The novel rear suspension consisted of a simple live axle on monoleaf springs, reigned in from serious misbehaviour by a pair of trailing radius rods and twin hydraulic dampers per side, one pair in front of and the other pair aft of the axle. Coachwork was designed and crafted by Pininfarina.

Alfa Romeo replaced the Giulietta Spider with a new Giulia-based version. The curvaceous Pininfarina design borrowed elements from the Alfa Superflow concept of 1956-1960 and was at odds with prevailing styling tends of the time which saw most new designs from competing carrozzeria becoming leaner and less bulbous. Pininfarina proved that being contrarian can sometimes be advantageous as the Spider enjoyed a production life of a full 27 years; a record of longevity bested only by the Volkswagen Beetle, Citroën 2CV and BMC Mini.

The most outrageous new car of 1966 was without doubt the new Lamborghini Miura. The chassis, revealed the previous year, was radical enough with its quad-cam V-12 not only mounted amidships, but sideways, like a Mini.

As groundbreaking as the chassis was, the body was to prove just as unorthodox. Enthusiasts got to see just how futuristically new and different the Miura was in March of ’66 at the Salon International de l’Auto in Geneva. The design, by Marcello Gandini of Bertone, was exceedingly low and sleek, managing to look both feral and sensually feminine. The otherworldly looks were highlighted by the fact that all exterior hardware was matte black rather than chrome, a world first.

Warren Platner introduced his Lounge Collection for Knoll, the last major group of Mid-Century furniture design that remains in production today. The pieces, shaped somewhat like sheaves of wheat, are composed of welded nickel-plated steel parallel rods spaced closely enough to create moiré patterns when observed at a distance. 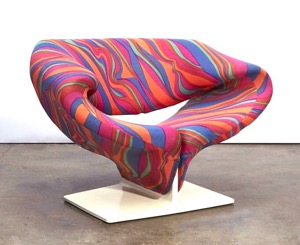 Pierre Paulin created his signature piece, the Ribbon Chair. With its organic, sculptural form and array of colourful geometric print upholstery options, the Ribbon may well be the quintessential 1960s chair. It is still available from Artifort.

BMW launched a new entry-level model based on the 1500 that would come to define the marque for decades to follow. Based on a shortened version of the 1500 Neue Klasse platform, the two-door 1600-2 was an instant hit with enthusiasts. 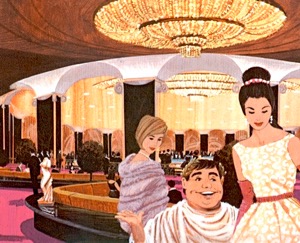 Decadence reached new heights in Las Vegas with the unveiling of Caesars Palace. The Grand Opening was a $1 million bacchanal that lasted three full days. Over two tons of filet mignon were served, accompanied by 50,00 glasses of Champagne.

Meanwhile, Jensen began production of the Interceptor, a luxury 2+2 hatchback with a body designed by Carrozzeria Touring and a 383 cubic inch (6.3 litre) V8 supplied by Chrysler. The FF variant was the first all-wheel drive sporting GT, boasting a rudimentary Dunlap Maxaret anti-lock braking and traction control system. The Interceptor is the spiritual antecedent of Ferrari’s current FF.

1966 might have been the best year ever for automotively-inclined cinema buffs. John Frankenheimer’s Grand Prix is the quintessential racing film as well as a fairly accurate documentary on Formula One racing in the mid-sixties. Not only were real drivers (Graham Hill, Jim Clark, Phil Hill, Richie Ginter) and journalists (Bernard Cahier) used in minor roles, the fictional scenes are intercut with scenes shot of the corresponding genuine 1966 GP races.

This was the golden era of F1 racing and one of the last years before the cars and their drivers became mobile advertising billboards. In 2006, The Telegraph rightly declared it the best motor racing movie of all time.

A Man And A Woman poster, French market

Winner of both an Oscar and a Palme d’Or, A Man and a Woman is ostensibly a love story replete with alluring cinematography and lush soundtrack; but is also a film for the automobilista, Ford enthusiasts in particular. Pierre Barauh portrays a racing driver for Ecurie Ford France and is filmed driving at speed in an early 4.7 litre  GT40 Mk I and a Brabham-Ford BT 6. His daily driver is a Rangoon Red 1965 Mustang GT Convertible.

If that is not enough, he and his costars, Henri Chemin and Jean-Louis Trinignant are depicted competing in the 1966 Rallye Monte-Carlo in a Wimbledon White Mustang GT Hardtop. It is not all pretend however; Henri and Jean-Louis and actually did enter a Ecurie Ford France Mustang (Car 145) in the ’66 Monte. Thus; as with Grand Prix, the rally scenes in the film are a combination of staged sequences and genuine scenes captured during the actual event. Finally, there is sepia-toned footage of the start of the 1964 24 Heures du Mans.

Other must-see films of the year included Blowup, Harper, The Quiller Memorandum and Who’s Afraid of Virginia Woolf?

GM launched their answers to the Ford Mustang in the form of the Chevrolet Camaro and Pontiac Firebird. As the Mustang was built on Ford’s compact Falcon chassis, the GM twins were based on GM’s compact X-Body architecture. Like the Mustang, both cars offered a plethora of options and packages allowing the buyer to build an economical runabout, a well-equipped tourer, an all-out performance car or some combination thereof.

Cadillac announced a sister car to Oldsmobile’s front-wheel drive Toronado. Like the Oldsmobile, the new Eldorado was available only as a two-door personal luxury coupé. Mechanically differentiating the Eldorado was Cadillac’s 429 cubic inch (7.0 litre) engine, variable-ratio power steering and self-levelling rear suspension. It was the first Eldorado to feature unique sheetmetal since the 1960 Brougham. 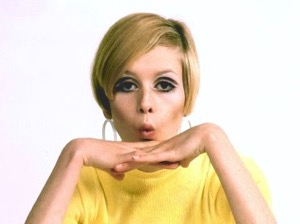 International fashion icon and toast of swinging London, Twiggy was declared The Face of 1966 and British Woman of the Year. 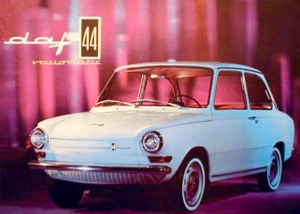 DAF moved upmarket with the introduction of the new 44. Carrying on DAF tradition was the unique Variomatic CVT gearbox. Considered a novelty at the time, it is now used in numerous drivetrains ranging from Audi’s Multitronic and Nissan’s Xtronic to Toyota’s Hybrid Synergy Drive.

It was a year of expanding horizons in pop music. The Beach Boys reached beyond their Surf and Hot Rod repertoire to create Good Vibrations with the band reinforced by classical instruments and an Electro-Theremin. At the time it was the most expensive single ever recorded. The Beatles entered their psychedelic phase with Revolver and The Rolling Stones released the sitar and organ-infused Paint It, Black.

Meanwhile, Frank Sinatra’s Strangers in the Night climbed to Number One on the U.S. Billboard Hot 100 charts in July and became the second best-selling song of the year in the U.K. In October Joan Baez released Noël, a traditionally orchestrated album of vintage Christmas songs.

It was a pivotal year for cigarette smokers. Just as Pall Mall introduced the first extra-long 100 mm cigarette, the U.S. government began requiring health warning labels on all cigarette packaging. 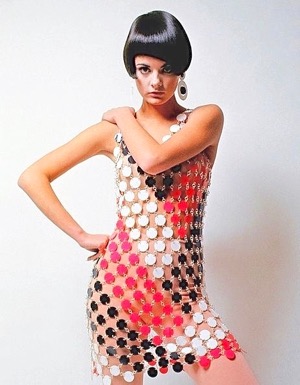 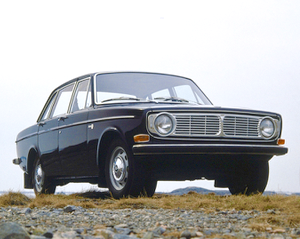 Volvo introduced their first new sedan of the sixties; the 144. It would soon be joined by the 142 2-door and 145 estate. The basic structure developed for the 140-Series would form the basis for most Volvos over the next two and a half decades. 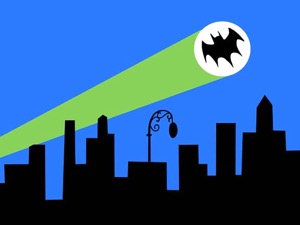 1966 was a major year in the life of television. The original Batman first aired on 12 January. Rendered in true sixties Pop Art style, the live action episodes were underscored by lavish coloration and animated graphics. An inanimate star of the show was the Batmobile, a former Ford concept car customized by George Barris. À la James Bond, the Batmobile was packed with nifty gadgets including a Bat Phone, Bat Ray Projector and Bat Smoke generator.

Mission Impossible was born on 17 September. One of many espionage-themed TV shows of the sixties, it was one of the finer examples, immediately winning a Best Dramatic Series Emmy.

Another new entrant was Star Trek. It got off to a slow start but eventually became a cult hit. Mission Impossible, Batman and Star Trek all went on to become media blockbusters that have lasted 50 years and counting. Half of the current top six movie franchises date back to the 1960s: Bond, Batman and Star Trek.

Finally, on 24 December, The Yule Log debuted on New York’s WPIX television. The Yule Log depicted a fireplace with roaring fire filmed from a fixed camera accompanied by Christmas music. The half-hour presentation contained no dialogue or voice-over and was shown commercial free. The innovative program proved a smash hit and was broadcast every Christmas Eve for the next 23 years. 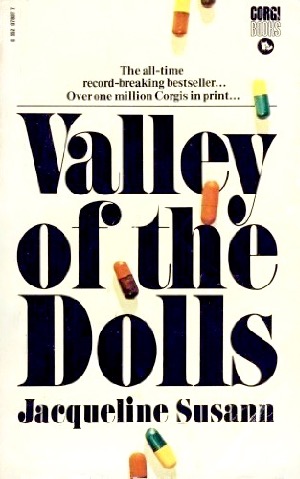 Jacqueline Susann’s Pop classic Valley of the Dolls was the runaway bestselling fictional novel of the year and went on to become one of the best selling novels of all time, ultimately spawning a film and two television series. Another bestseller; Truman Capote’s In Cold Blood, ultimately begat three film adaptations and a television mini-series.

It was an exceptional year for oenophiles: the second-best Bordeaux vintage of the decade, a good year for Burgundies and a superb Port vintage. In Piedmont, Barbaresco was finally granted Denominazione di Origine Controllata status to the delight of Nebbiolo fans.

The first performance of Andy Warhol’s Exploding Plastic Inevitable occurred on 13 January. The multimedia Happenings would continue through 1967 with their performances by Nico and The Velvet Underground accompanied by dancers, performance artists, elaborate light shows and projections.

Formula One was running under the new 3-litre formula for the first time, resulting in a plethora of new V8 and V12 engines as well as a wild BRM twin-crankshaft H16. At year-end, the championship turned into a triple-crown for Australia. Aussie Jack Brabham won the championship in a Brabham of his own design, powered by a modified Buick-Oldsmobile aluminium V8 developed by Repco of Australia.

Ford won the Sports Car Championship with the 7.0-litre GT40 MkII. For the third time in four years, the Coupe des Alpes was won by Jean Rolland in an Alfa Romeo, this time in a Giulia GTA.

Milton Bradley introduced Twister, the first “board” game to use humans as play pieces. It was a slow seller and many retailers were reluctant to stock what some considered a rather risqué game. But after Tonight Show viewers saw Johnny Carson and Eva Gabor playing Twister on the third of May, sales exploded. Twister went on to win Game of the Year for 1967.