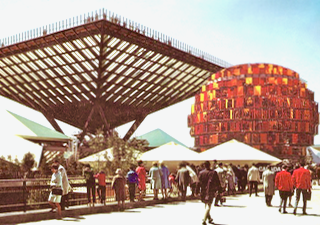 Opened in Montreal Canada on 27 April, Expo 67 proved to be the most popular World’s Fair of the 20th Century

1967 proved to be the pivot point in the 1960s. Around midyear, during the Summer Of Love, the decade began segueing from the elegance and avant-garde aesthetics of the early years to the more tumultuous cultural and stylistic trends associated with the end of the decade. 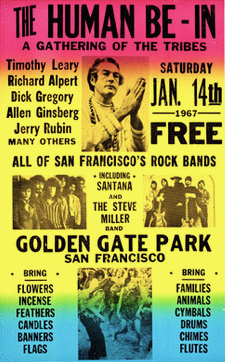 Turn on, tune in, drop out… A portent of things to come

Many trends which had begun as far back as the 1950s started to coalesce and flower simultaneously right around mid-year. At the same time, the postwar era of rapid productivity gains and rising living standards was slowly beginning to wane.

For fans of sporting machinery of the Italian sort, 1967 was a banner year. In Bologna, Maserati released their first mass produced 8-cylinder GT, the Ghibli. A quad-cam V8 was borrowed from the Quattroporte, enlarged to 4.7 litres and wrapped in a body seductively styled by rising star Giorgetto Giugiaro at Ghia. His design featured retractable hidden headlamps, their first appearance on an Italian automobile. 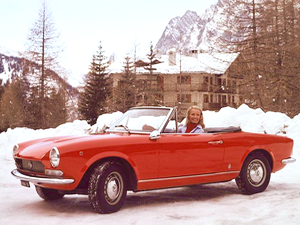 Just prior to the start of the year, Fiat of Turin unveiled the lovely 124 Spider styled by Tom Tjaarda of Pininfarina, and a few months later rolled out the companion in-house designed 124 Coupé. 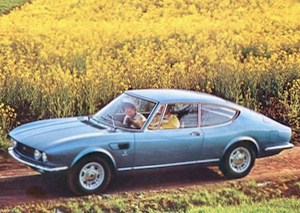 Fiat had another coupé up their sleeve, the Bertone-styled Dino. Built on the mechanicals of the previous year’s Dino Spider, the Coupé featured the same chassis design and the identical Ferrari 2.0-litre 4-Cam 65˚ V6 and 5-speed gearbox. The cabin offered a quartet of bucket seats, flow-through ventilation and roomy 2+2 accommodation.

Habitat 67 was built as part of Expo 67. The futuristic 146-unit apartment complex was designed by 26-year-old architect Moshe Safdie. Built to emphasize outdoor living, each unit opened on one or more terraces. Fifty years on, the building in now a co-op of privately owned residences.

Japan took the world by storm with the debut of their first no-apolgies cost no-object exercise in automotive design, the Toyota 2000 GT. Momentum was generated by a Yamaha-tweaked 2.0-litre six-cylinder Toyota Crown powerplant with twin overhead cams and a trio of dual-choke Solex sidedraft carburettors. Downstream was a five-speed gearbox, limited-slip differential and magnesium centre-lock wheels. The GT sent a clear message that Japanese cars were henceforth to be taken seriously.

While the 2000GT provided a glamorous halo for the Toyota brand, another new entry was launched by that would produce large revenue streams far into the future; the first Corolla. Together with the previously released Corona, these two siblings would form the spearhead of Toyota’s assault on the lucrative American market.

In a few short years they would both become best sellers in the U.S., aided by the availability of an optional Toyoglide 2-speed automatic gearbox.

At the same time, rival Nissan released their Datsun Bluebird 510, the car that would lead the charge on that firm’s establishment of a substantial presence in America. The 510 was a more sophisticated effort than the rival Toyota Corona. In lieu of the latter’s pushrod engine and live leaf-sprung live rear axle, the Datsun offered an overhead-cam engine and independent coil-sprung semi-trailing arm rear suspension. 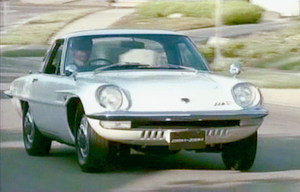 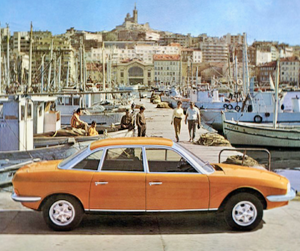 It was a breakout year for the promising rotary engine. Just four months after the launch of the Cosmo, NSU debuted the Ro 80, a suavely futuristic sedan also powered by a dual-rotor 1.0 litre Wankel motor, this time driving the front wheels through a 3-speed Sportomatic style semi-automatic gearbox. The chassis boasted 4-wheel disc brakes and fully independent suspension.

Despite its technical credentials, its most striking feature was the exterior design by Claus Luthe. The curvaceous aerodynamic wedge-shaped body was literally decades ahead of its time. The Ro 80 went on to garner the 1968 European Car of the Year award.

’67 saw the release of the F500 series of trumpet-base swivel lounge chairs by Geoffrey Harcourt for Artifort of Holland. The F500 chairs, like many classic 1960s designs, are still being manufactured today.

Aston Martin DBS in On Her Majesty’s Secret Service, 1969

Swinging London was one of the places to be in ’67, and that is precisely when the first Aston Martin DBSs were spotted burbling through Knightsbridge, St. John’s Wood and Carnaby Street.

The first genuine 1960s Aston, the DBS was styled by Carrozzeria Touring of Italy. Like the Ghibli and Dino, the 2+2 GT incorporated the contemporary Italian styling cues of era with more sharply defined surfaces and raised shoulder line over the rear wheel arch.

It was a great year for film with must-see gems including Cool Hand Luke, The Dirty Dozen, Divorce American Style (winner of the coveted Auto Universum Comète d’Or du Cinéma), The Graduate, and Point Blank. 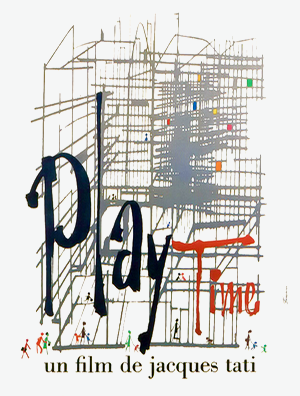 Other cinema classics released were Playtime, The President’s Analyst, Two for the Road, You Only Live Twice, and the provocative I Am Curious (Yellow). 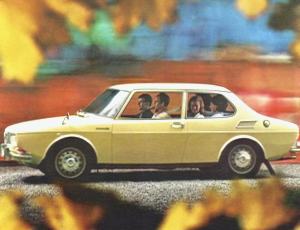 In November, Saab revealed their new 99 to the automotive press in Stockholm. The first-ever completely new Saab was powered by a 1.7-litre Triumph inline SOHC four. The 99 was the first Saab to place the ignition lock cylinder on the floor behind the shift lever, a feature that would be retained on all future Saabs. 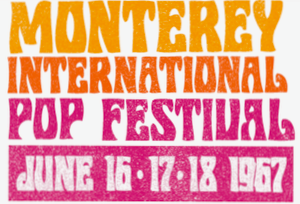 Three events in June were emblematic of the swiftly shifting cultural milieu: the dawn of the Summer of Love, the Monterey Pop Festival, and the release of The Beatles Sgt. Pepper’s Lonely Hearts Club Band, a work Time declared “a historic departure in the progress of music.”

The new 1100 was first entry by Simca into the front wheel drive arena, following the lead of local rivals Citroën, Peugeot and Renault.

Two notable but short-lived new television series debuted; The Prisoner and Mannix. The Prisoner became a cult classic and was relaunched as a miniseries decades later.

Mannix would only existed in its original form for a single superlative season with co-star Joe Campanella and special treats like nightclub-scene musical appearances by Neil Diamond and Buffalo Springfield.

When it returned in the fall of 1968 it had been drastically retooled, jettisoning key elements differentiating it from other private detective shows, including a sorely missed Mr. Campanella.

Herman Miller introduced Action Office II designed by Robert Propst and George Nelson, the first modular system of what we now refer to as cubicles. Still beloved by many clueless management hacks, George Nelson correctly predicted huge sales for the system, while presciently observing that the cubicles were suited only for “corporate zombies” and the “walking dead.“ Decades later, Robert Propst also had second thoughts and stated that the wholesale corporate embrace of his creation had morphed into “monolithic insanity.”

Chevrolet debuted a re-bodied Corvette, and AMC replaced their Marlin with the Javelin, while the Fiat 124 Berlina was awarded International Car of the Year.

The Mini-Cooper S scored major wins in two of the most important sporting events of the year: Rauno Aaltonen and Henry Liddon drove theirs to top honors in the Rallye Monte-Carlo, and Paddy Hopkirk and Ron Crellin scored the first-ever victory for the Mini in the Coupe des Alpes.

In the U.S., many enthusiasts bemoaned comprehensive new emission and safety requirements that took effect with the autumn introduction of 1968 models, particularly as many manufacturers were a bit clumsy in implementing many of the new requirements. 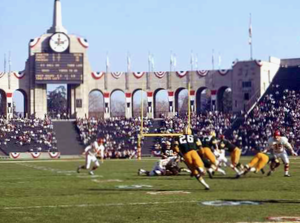 The first American football Super Bowl was held at Los Angeles Memorial Stadium between the Kansas City Chiefs and the Green Bay Packers.

Led by General Electric, American appliance manufacturers introduced what would prove to be their last popularly embraced colour, Harvest Gold. Once Harvest had run its course, future mid-range kitchen appliances would largely be available only in white, hearing-aid beige or the now banally ubiquitous stainless steel. 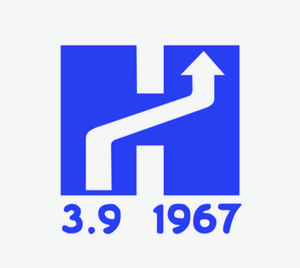 Finally, Sweden underwent Högertrafikomläggningen. Traditionally, the country had the distinction of being a land of left-hand drive vehicles, driving on the left side of the road. In 1963, they began planning a harmonization with the rest of Continental Europe. Four years later the plan came to fruition.

On Sunday, 3 September at 5:00 AM, following a shutdown of nonessential traffic; Swedish motorists switched from driving on the left to driving on the right. Prior to the conversion, all automobile owners had to replace their headlamps with dip-right units.