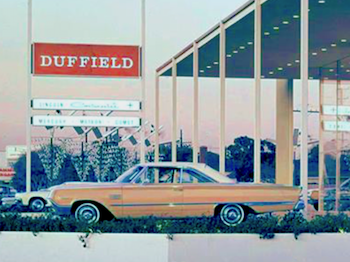 The Pantone Color Institute has just announced that Living Coral is the 2019 Color Of The Year. In honor of this vibrant hue, I though it appropriate to look back to the era when coral roamed the streets.

Coral gained popularity in the mid-fifties just when automotive designers were starting to explore the limits of extravagance in pigments, colour combinations, tail fins and wholesale chrome trim application.

While people think wistfully back at the fifties and imagine pink cars driving to and fro, coral cars were in fact far more common.

Many individuals have trouble discerning coral from pink. Technically, pink is pale red; while coral is pale orange: 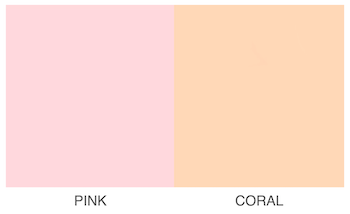 The availability of coral in automobile showrooms far exceeded that of pink, yet people persist in envisioning (and incorrectly “restoring”) 1950s cars in vibrant shades of Pepto-Bismol pink.

In reality, factory-original pink shades were generally far more pale and subtle, like the Cadillac and Edsel below.

Coral pretty much disappeared after 1959, but made a brief but colourful comeback in the mid-sixties at Ford and Lancia. 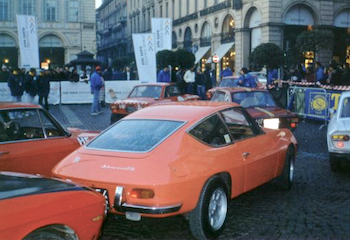 Coral is rather difficult to find today, but if you want to celebrate the Color Of The Year in style you can come somewhat close with Porsche’s Lava Orange, available on 718 and 911 models.